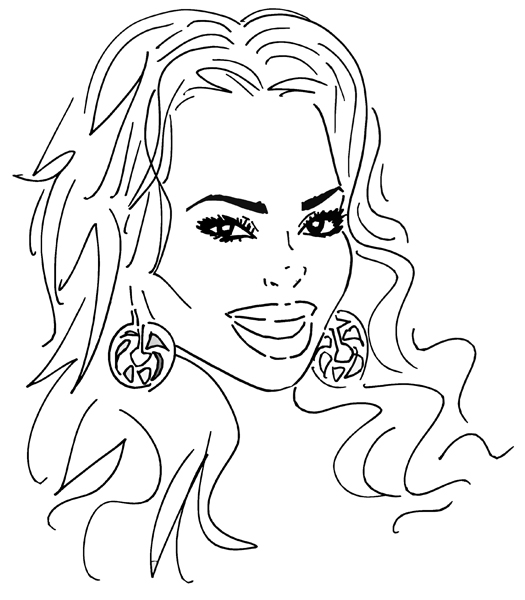 “In Rozan’s opinion, it’s all related: business and politics, fashion and film, music and tech, culture and commerce… the more she realised and applied this, the more powerful her contribution to the planet” – VIVA Dubai

In the face of worldwide disruption and intense transition, it is the role of multi-disciplinary global shapers like Rozan Ahmed to navigate these turbulent times and present new opportunities emerging from uncertainty. Rozan often acts as an independent think tank, influencing and impacting lives through crisscrossing tools of design, dialogue, brand-building and crucial cultural exchange. Bringing needed attention to the lesser-known possibilities and overlooked localities, Rozan works to highlight topics that warrant deeper thought, whilst tapping into – and championing – society’s future potential.

“She’s a trans-continental medley of African globalisation, etched in her roots as well as what’s coming, she changes the world by introducing her own” – Pride Magazine, UK

Born in West London to Sudanese parents, Rozan spent a few of her formative years in the Middle East before suddenly becoming a refugee. “We lived in Kuwait when the Gulf war broke out, which took its toll on the whole family. We lost our home and all our belongings. My dad and uncle were taken hostage. It wasn’t until my twenties that I fully grasped what my parents had to overcome. I look at them now with such intense amounts of awe, to have gotten us through so much, so gracefully.” After hectic shuffling between Egypt and Sudan, Rozan and her family resettled in the UK where she completed her education, graduating with honours from Greenwich University.

As complement to her numerous Projects & Programs, Rozan’s unique positioning – reflecting her own British, Arabian and African ties – comes with the responsibility of mediating and unifying 3 active ingredients to overall prosperity: emotion, understanding, and transformation. She continues to break falsified boundaries by connecting ideas, people and products from her hometown of London, to regions and societies she calls ‘returning markets’. An ardent believer in meaningful dialogue and merging the arts with social advances, Rozan is also a motivational personality when it comes to her concept of ‘cultural ownership’ – a combination of taking pride in history, shaping heritage, and embracing identity.

‘Everything starts with our minds. No amount of infrastructure, digitization or overloaded information will assist in collective progress if mind-sets aren’t confident and positively inline. That, as well as impacting hearts, is my overall premise’ – Rozan Ahmed for Upworthy, UK

As the youngest appointed editor in British publishing, Rozan joined RWD magazine and took lead in discovering, cultivating, and pioneering what the world knows today as “Grime”. Rozan and her team utilised the growing phenomenon of social media, while negotiating a number of corporate relationships to quickly establish the title into what it has become: the UK’s biggest urban music & lifestyle publication. She was also a regular guest expert on radio and TV highlighting the new genre’s rapid launch into mainstream British culture, including MTV, Radio 1, BBC News and more.

Throughout Sudan, South Sudan, Nigeria, Zimbabwe, Kenya and more, Rozan developed a series of monumental campaigns surrounding the arts and peace culture; having been recognised by the United Nations, the Government of Sudan, and Government of Southern Sudan for orchestrating the country’s first celebratory concert highlighting the signing of the Comprehensive Peace Agreement. “I wanted to musically symbolise the union between North and South,” said Rozan. “People often forget just how powerful music can be, particularly when it comes to positive messaging and its delivery upon the human heart.”

Rozan’s art direction was additionally witnessed in “TUSIMAME”, a pan-African musical stand against elephant poaching. In association with Wild Aid and the US embassy in Kenya, she creatively blended her belief in heritage preservation with wildlife conservation, identifying an overall eco-system that we, as a whole community, should be responsible for protecting.

Through her continued support and cultivation of African culture, music & fashion, Rozan launched ‘Africanism’ as a platform to redefine the continent’s artistic authority – at home and abroad. Continuing with fashion, and merging her humanitarian efforts, Rozan’s most recent endeavour (‘The Magic Drive’) focuses on sustainable luxury/tourism and ‘expansion education’ to ignite the creative potential of orphans and other children in crisis in Kenya, and beyond.

Throughout the Middle East – from the UAE to Saudi Arabia, Bahrain, Dubai, and more – Rozan continues to shape and inspire a new breed of business in culture and design. Through her unique choreography of market moving and mentorship, talent championing and creative direction, story, policy and thought-provoking commentary, Rozan’s revolutionary contributions in the celebrated rise of local pride remains unsurpassed.

Rozan has led a new youth movement in ‘third culture opportunity’ through sharing her own story of isolated identity crisis, turned innate globalization. A colourful career spanning every kind of intersected spectrum, from corporate boardrooms to lavish galas, catwalks, conferences and dodging mines as part of humanitarian missions, her eclectic approach to overall connection comes from an original place of total disconnect. She describes a transformational journey from belonging nowhere as an African British Arab-speaking Muslim, to understanding that she, and her multi-identities, actually belong everywhere.

“She wears her individuality like cultural jewelry, and with dazzling effect” – Marie Claire Italia

Rozan was named one of the ‘hardest working women in showbiz’ (Pride Magazine UK), ‘the woman who can’ (BBC Radio 1), ‘a powerhouse’ (Pose DUBAI), ‘formidably shifting attitudes one avenue of art at a time’ (Drum Magazine KENYA), ‘a mogul in the making’ (DSTV’s AFRICA MAGIC), ‘one of the region’s most inspiring women’ (VIVA Magazine DUBAI), ‘a guru of words and public relations’ (Molato magazine CONGO), ‘a modern day renaissance woman of media & culture’ (City Page KUWAIT) and ‘The new Oprah Winfrey’ (Marie Claire ITALY).

Rozan has also collaborated with and featured in campaigns for both local and global brands including Mouwad, Adidas, Wild Aid, Coyette, Haifa Fahad, MAC, Chanel, Reem Al Kanhal and more.

Rozan has sat on the MOBO music panel as a leader in British entertainment and is an ambassador for the Young & Gifted Foundation. She’s an avid supporter of the amFAR organisation, an advocate for Emmanuel Jal’s We Want Peace organisation, Dubai’s Fashion Forward (the region’s leading fashion platform), Africa Yoga Project (Kenya), Sudan Change Now (Sudan) and has mentored for the Unreasonable Institute as part of the Unreasonable at Sea program, sailing from South Africa to Ghana in March 2013 alongside Sir Richard Brandon and Desmond Tutu.

Rozan was appointed as Congo Fashion Week’s global ambassador in 2014, Style.com’s cultural ambassador, Music World Cup’s Goodwill ambassador and is one of the youngest double nominee recipients at 2014’s Women 4 Africa Awards (Inspirational Woman & International African Woman). In 2017, she was awarded by Cosmopolitan magazine as one of the Middle East’s “Ultimate Women”, recognised by the publication for her achievements across the region.